That Sexy Saints' Head is One Powerful Conjure Curio 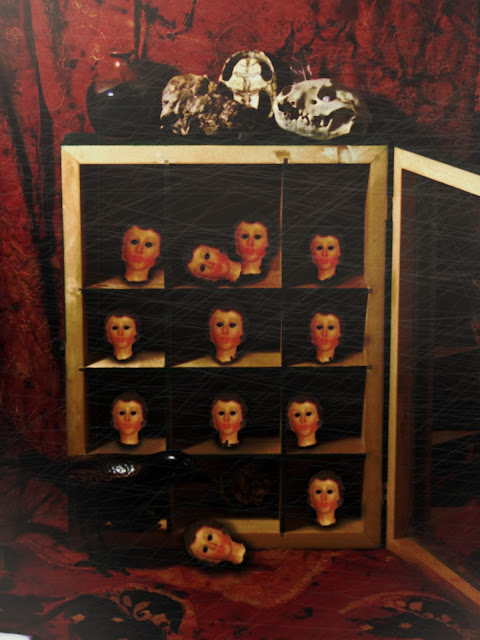 This article piggybacks the last article I wrote called St. Expedite around the World: Road Side Altars in Réunion. In that article, I discussed the possible connection between St. Expedite and sorcery due to the prevalence of decapitated statues found at the numerous roadside shrines in Réunion.

According to local reports, St. Expedite is decapitated in order to “neutralize his power or to use the head in their own incantations” (Dalyrymple 1998). Unfortunately, this new information is not in my book, The Conjurer's Guide to St. Expedite. But, that's okay, I have another book in the works about him that will contain this additional information. I have discovered through reading numerous more articles that the reason for his decapitation is indeed due to sorcery. Apparently, the decapitated head of a St. Expedite statue is one powerful conjure curio. Sorcerers will collect the heads of this sexy saint and use them in works against enemies and  for protection. St. Expedite is perceived to be so powerful, that in order to counteract any magick performed with his assistance one must seek the ultimate solution: assistance from the spirit of a deceased sorcerer extraordinaire and mass murderer.

Now, this is getting interesting.

To folks who are unfamiliar with Southern conjure and execration magick, it may sound shocking. But, it makes total sense to me now that I have more information.


In Southern conjure, graveyard work is often a very big part of the practitioner's work, especially for the two-headed conjure doctor aka sorcerer. And, as is often the case there are more similarities than differences when it comes to examining traditions across cultures. In New Orleans Voudou, St. Expedite in syncretized with Baron Samedi who is the Voudou Spirit of Death and head of ancestral loas (Guede). Hanging out with both St. Expedite and Baron Samedi at the cemetery is not unusual for practitioners. Graveyard work is, after all, considered a powerful form of magick. Apparently it is in Réunion, too.

A rather infamous sorcerer in Reunion was known for his collection of decapitated St. Expedite heads. He apparently used them in his powerful conjure work, which reportedly scared the crap out of locals. As one individual describes it: "We were all terrified of him: everyone believed he had very strong powers. But in the end the people kicked him out because he began to demand bribes not to cast spells on us all" (Dalyrymple 1998). In order to ensure the sorcerer would not exact revenge, they enlisted the help of the spirit of a sorceror known as Sitarane.

Sitarene was notorious while still alive for more than just being a sorcerer. He killed three people that folks are aware of, and he did it by drugging his victims with datura and then drinking their blood. In the graveyard where he is buried, "the head of the cross on La Sitarane's gravestone had been broken off and the remaining shaft painted bright red. On the slab was piled a mountain of bizarre offerings: rice, potatoes, oranges, radishes, wine gums, milk, coconuts and incense sticks, as well as the inevitable bottles of rum and packets of Gitanes" (Dalyrymple 1998).

Now, in the conjure tradition, petitioning the help of a murderer is serious business. Sometimes this is done by gathering the grave dirt from where the murderer is buried. Other times, it involves the actual invocation of their spirit. In both cases, a pact is made between conjurer and spirit that defines the work to be done. The services of the spirit are bought and paid for, often for a mere 15 cents and a bottle of rum.

Ironically, Sitarene was decapitated as a result of his actions, just like St. Expedite. Only his beheading was a just sentence as opposed to being murdered for being a Christian. As the story goes, just before he was executed, Sitarene made a public proclamation that he would return from the dead to avenge his death. He must have made quite the scene because his words have never been forgotten.

They say the people of Reunion believe Sitarene still wanders the land. The offerings left at his grave point to the belief that his services can be bought and paid for and apparently he is gaining in popularity. They continue to bring him gifts and solicit his help to make their work more powerful and to exact revenge against enemies.When they need help in a hurry, however - whether a curse or a blessing -  it is St. Expedite they turn to. 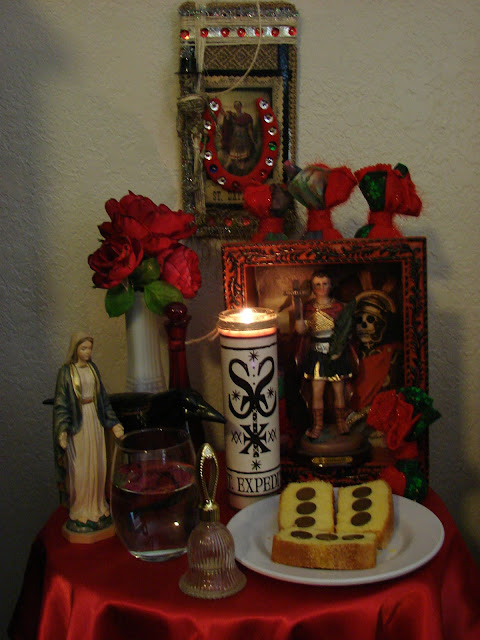