There is No Such Thing as War Water

Did I get your attention? Good, because I want to talk about what is tradition and what is not tradition. 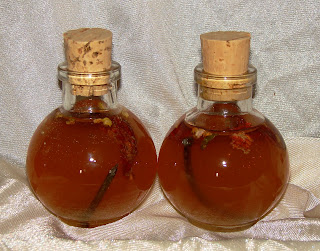 Here’s the great debate: War Water is rusty water that may contain cut nails, rusty nails, or coffin nails. The nails may come from different places in order to take advantage of their magical correspondences and amplify the formula. In Louisiana, war water was often oil of tar in swamp water with a little Spanish moss thrown in. The latter is the formula I am most familiar with as a New Orleans native, though I make a nice rusty water too. Nails may or may not be an addition to this basic recipe. Though, as with anything hoodoo, formulas vary between families and practitioners.

I can hear it now...some folks reading this are throwing a fit...you can’t have war water without rust! You have to have nails in the water! The nails have to be cut so they can oxidize in the water! War Water has to have rust because rust is a by product of iron and iron is associated with Mars, the god of war and ...wait, what does Mars have to do with hoodoo? (Okay, don't answer that one because I know about European influences). 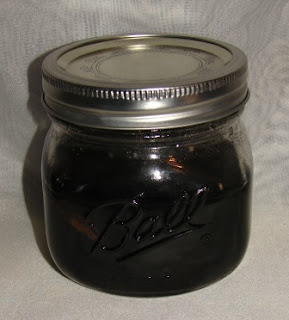 So this is where I am going with this article...the arguments about “my war water is more authentic than your war water” is a moot point if we really want to talk authentic, traditional formulas. War Water shouldn’t even be in the same sentence because it is not a traditional formula or hoodoo weapon.  Africans used other methods of warfare, as did the Indians. And when they were forced together through the slave trade, if they compared notes, I'm pretty sure war water wasn’t in those notes.

The preferred weapon of war was gris gris

, which was reconstructed through the diaspora. Gris gris was brought to these shores via the marabouts and their occult skills and military traditions. It was used in numerous slave revolts as well as in the Haitian revolution. On the other hand, War Water was the creation of the hoodoo marketeers, white folks who looked to make a buck off of the black folk. Then there are the well-meaning white folks who started serving the black communities because there was a need as many stopped preparing their own remedies and so the hoodoo drugstore was one place to go for these remedies. There are many such creations that we tend to call traditional or authentic, when in reality, they do not  originate in African or indigenous spirituality, religion, or folk magic. Things like War Water and the fictional antidote Peace Water  is not an African product; it is the result of commercialized hoodoo.

was well versed in the art of gris gris, as was Dr. John

. Some venture to say Dr. John was an even better gris gris doctor than she and that he taught her about gris gris. My guess is that if Marie Laveau’s  Peace Water is actually her formula, she would have used it to cool down conditions or used it to bless people, places, and things. It would not have been used as an antidote to War Water because there was no War Water during her time.

And if that isn’t enough to get you going, here is something that might. Where I come from, hoodoo is Voodoo (I can hear it again, folks going off on me ...how dare I say they are one and the same? hoodoo is the magic, Voodoo is the religion...blah, blah, blah). The magic is PART of the religion, not separate from it. Those who separate it and those who practice hoodoo as “African American folk magic

” are only “using” part of the actual tradition, which has become an American tradition. And while I am at it (oh, this is good!), Christianity was NOT one of the original religions- Voudon, Orisha, Ifa, Mami Wata, Islam and others were among the traditional religions brought to the Americas via the slave trade. Africans were not even allowed to worship as Christians during slavery. Then later, Christianity was imposed on Africans as part of the Code Noir

and if they did not conform they were tortured or even killed. But the Africans knew who they were praying to, and it wasn’t Saint Peter.

So, to show you I am not a fool with my head in the sand, I am quite aware that many folks believe Christianity is what makes hoodoo authentic. Moving forward in time, we see many of the colonized folks adopting aspects of Christianity and eventually completely converting. And likewise, we see many descendents of the colonizers defining Hoodoo as a Christian tradition. But hoodoo did not start on these shores. It is not a “later” development. Its origin comes straight from Africa, and is a complete magicospiritual tradition that is intimately connected to the spirits of Voudon (that’s right, the religion).

In my opinion, it is tragic why Christianity is such a big part of American hoodoo. It is the direct result of colonization, a process that interrupted the transmission of the religious aspects of Voudon to subsequent generations and that caused folks to fear their own cultures of origin to the point of rejecting their ancestry.

As I always say when I make such controversial statements, not everyone in New Orleans sees it the way I do. Not everyone uses the power of the spirits to energize their magic and gris gris. But many do. However, it has remained underground for a long time and there are those who still will not come out publicly. I have been taken by my elders to secret locations for ceremonies heretofore undisclosed for fear of intrusion and harassment by outsiders. I am still sworn to secrecy. So I understand. One day, perhaps we won’t have to fear being open about our true religious preferences.

What I have presented is food for thought. Whether you agree with this article or not does not matter to me. I am telling it the way I see it, it’s my opinion, and I am not going to argue about it, though I am happy to have lively discussions.

The Story of Oshun and Ogun

I was searching around the internet today for something and got sidetracked and stumbled upon this site about a new animated series called the Power Force 5. It seems they have a story the little different than what I have been taught; however, the concept is an interesting way to introduce the orishas to young folks. This is what was on the site:

WHO ARE THE POWER FORCE 5?

"The Story of Oshun & Ogun" is a 3 minute animation pilot telling the West African Yoruba based fable of how little Oshun, who represents love, seduction and sweetness, brought the powerful Ogun, entity of iron, machines & technology, out of hiding to restore order to the world..

This is the pilot for an animated series, "Power Force 5" which updates African folklore in a contemporary way. Our five teenage heroes: Oshun, Ogun, Chango, Oya, and Eshu are powerful forces of nature. They use their superpowers to help mankind but since they are still teens, their own personal dramas can sometimes get in the way.

"Power Force 5" uses urban settings, hip hop/ reggaeton music, narration and dialogue to tell each story. Each episode will be primarily self-contained but with a "cliffhanger" ending to compel the audience to watch the next episode. Written for a teen to young adult audience, "Power Force 5" the series, is designed for wireless device download and webcast, but can also be broadcast as interstitial episodes, airing between regular television programming.

Characters from Yoruba folklore are widely known throughout Europe, the Americas, the Caribbean as well as in Africa, as part of the culture and folklore of the African Diaspora. "Power Force 5" would present this culture to those who are familiar and to those who aren’t, in an entertaining way. The worldwide popularity of these characters, as well as the hip/hop setting for the stories, encourages international appeal and can be translated into several languages including French, Spanish, and Portuguese.

Do you think Oshun and Oya and Ogun and Chango appreciate sharing the spotlight in this manner? Just wondering what other people think...