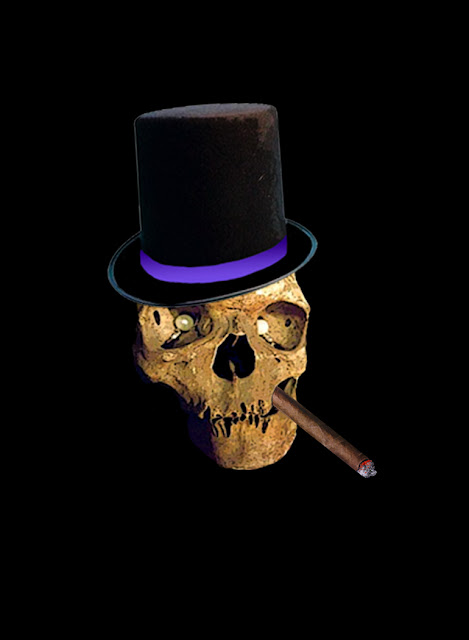 comes from the internet marketing field and refers to unethical and borderline illegal (if not illegal) tactics for garnering traffic and business. They employ methods for SEO (search engine optimization) that include spamming, link farms and article spinning (basically rewriting someone else's article via the use of special software). These are the messages you get in your emails that say "Long time no see" or "check this out" or "have you seen this yet?" and when you click on the link it takes you to those prescription drug sites or some other place you have no interest in. Where do they get your emails from? Well, a lot of places, but many find mine through my contact information at my websites. They email me as if placing an order or asking a question.

There are many underhanded tactics these folks use to achieve their goals; some are effective, many are actually counterintuitive. Eventually, these techniques get the attention of Google and other search engines who remove the Black Hatter’s sites from their indices. Their sites are no longer crawled by the spiders and no longer show up in search results.

I have spent years studying the techniques of the internet marketing gurus in an effort to learn how to market by business on the internet. I have spent time on hackers forums to learn how to keep people from hacking my sites and know how to fix vulnerabilities when it does happen (and it has). The other side of the coin are the legitimate, organic means of SEO, referred to as White Hat tactics. It’s like learning to be a two headed root woman, you need to know both sides of the coin to deal with any given condition that presents itself.
I was thinking about these Black Hat/White Hat tactics and how nicely the terms apply to the internet community of hoodoos.

For example, have you ever been to a blog and someone writes a nasty little comment  from “Anonymous?” I had a few of those here during the Alvarado vs Yronwode incident. Insults were hurled complete with name calling and slander. I deleted those.

For some reason, people get riled up about something, undoubtedly triggered by a blog entry, and then go off on a tangent that has little, if anything, to do with the blog post. They speak confidently and write fearlessly, stating their opinions and making accusations that may or may not be true, but their comments are not done with any integrity because they hide behind the “anonymous” signature. Black hat hoodoo…spreading negative energy on the downlow.

How about this one: private messaging members of a forum, carefully sidestepping the forum owner, sporting their wares and promoting their business. This is usually done under an alias so they are not easily identified by the forum owner. Black hat hoodoo…advertising on someone else’s dime.

Here’s another one: writing disparaging reviews on Amazon.com that stick out like a sore thumb. This only applies if you are an author, but it’s pretty obvious when a review is an actual “critical review” as opposed to a criticism of the author fueled by some underlying jealousy or whatever. As an author, I don’t expect to get 100% positive reviews. I shouldn’t be in the business if I have unrealistic expectations like that. But, it is easy to tell when someone has a chip on their shoulder as opposed to someone who actually has some good feedback for you. I have noticed this has happened to several authors, usually by the same group of people. I even had someone write a negative review of one of my books and they admitted they never even read the book! Still, their little rating goes a long way in the overall ranking of the book. Whatever, Black Hat hoodoo… taking unfair and unprofessional pot shots with no foundation on a competitor.

Here’s a good one: links on your Facebook page by a competitor. This is a real pet peeve of mine. Post on your own damn wall, and if you don’t have enough friends and fans, then spend a few years like the rest of us staying up and working fiendishly all night, studying, marketing, and creating good products and information. Build relationships with people, learn how to network… get in the game or get out.

Here’s one that really gets my goat: the person who joins my forum and steals my content and ideas. The content is copied and pasted to another site without permission or attribution. Since I have devoted a couple of posts going off on that tangent, I will spare you another rant. I’m just sayin’…it falls into the category of Black hat hoodoo.

Okay, I have one more thing on that note and then I will move on…there is one such person on my forum who has ordered from me and copied the design and labeling of some of my products and has them for sale on their site (you know who you are). Now that’s Black Hat hoodoo with extremely LARGE huevos!

So far, the examples I have given are annoying and rude tactics, but not really dangerous. I mean, if I offer a good quality service and products then I don’t have anything to really worry about…except for the time that it takes to get these folks off of my junk.

Oh, there is one other thing I have to worry about - being banned from Google for duplicate content. Not that I am duplicating content, but that my content is copied by someone else and Google, whose behavior is shaped by algorithms, can’t tell where the original content came from. All it knows is that it is a duplication and one site has to go. Just pray it ain’t mine.

Now, there are other tactics used that are dangerous and anyone who is in the business of conjure should be aware of some of these. For example, so-called “friends” who only show up at “special” times. I call these folks the Spy Boys of hoodoo. This is a term borrowed from the Mardi Gras Indian tradition in New Orleans. On Mardi Gras and St. Joseph's night, one member of a gang - the Spy Boy - runs reconnaissance missions around his gang's path, looking for feathers and listening for chants of rival gangs. They are the scouts for the Chief. In hoodoo, these are the spies of a jealous competitor, someone who has it out for you and who is doing a work or planning a work on you. They get off on their underground alliance and report to their “chief” who needs information and wants to know what you are up to. They want to know where your vulnerabilities are. And since we are all human and the internet consists of social networking, we often post personal information about ourselves and experiences we go through. The Spy Boy, who could be female as well as male, is the snitch and reports to their “leader” and is an active participant in the Black Hat tactic.

Have you ever belonged to a forum and noticed  that if you disagree with someone or post information about something (let’s use our new magazine journal Hoodoo & Conjure Quarterly as an example), say you want to tell everyone about his great new hoodoo mag, and your comment is deleted or you are reprimanded by the forum administrator or moderator? What is that about? In this case, the Black Hat tactic is a defensive measure, designed to squelch the success of another.


Then, you notice that because you are a friend of the person who posted the discussion, all of a sudden you start experiencing a streak of “bad luck” And, that bad luck gets worse and worse until something downright dangerous happens. Maybe your children and pets have even suffered… you wonder what’s going on. You don’t want to be paranoid so maybe you talk about it to a few people you trust, and find out you are not alone. Similar things are happening to other people who have similar associations. It seems to be too much of a coincidence to BE a coincidence. So then you have a divination done and see what that might reveal and your suspicions are confirmed. This is Black Hat hoodoo at its lowest, folks.

In fact, there are tenets against targeting children and animals in most, if not all of the organized ATRs. People who breach these taboos are said to lose their power and the power of their main spirits. They only have the lower entities left to work with, and the allegiance of these lower spirits cannot be guaranteed.

People who stoop to the lowest of the Black Hat hoodoo tactics are the most dangerous because they have no super-ego monitoring their id, to put it in psychoanalytic terms. The super-ego is the part of the psyche that sets boundaries on behavior based on morals and ethics. The id is the part of the psyche that is comprised of pure instinct and impulse. They don’t care if they lose control because they have no morals. The out of control behavior that results with a poorly functioning super-ego feels powerful because of its intensity. The lengths to which they go to exact revenge with unbridled instincts makes them feel superhuman and untouchable, as if the laws of nature do not apply to them. But this is just an illusion…out of control is out of control, pure and simple. And anyone who acts maliciously towards another out of jealousy or competitiveness will eventually find themselves sucked into a dark hole with no way out. Unfortunately, these folks tend to do a lot of damage on their way down.

I am sure many people have their own examples of Black Hat hoodoo that they have experienced. Truth be told, I have merely scratched the surface here.